Thank you to our wonderful judges for kindly donating their time and industry knowledge to choose our deserving winners for The 2020 ACOMM Awards. 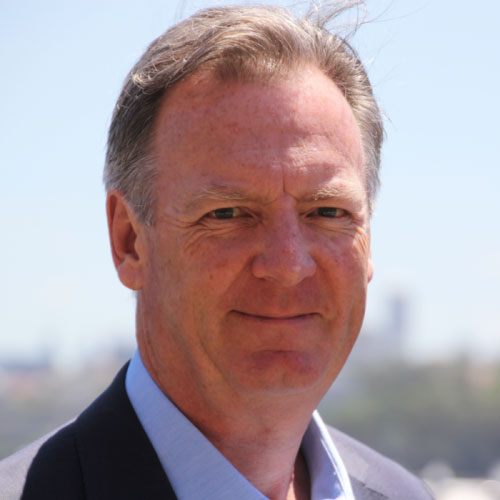 Malcolm Alder works on strategy projects around the world with GHD Digital, a global consulting firm that focuses on providing digital solutions in asset-intensive industries. He was previously a consulting partner at KPMG and started his career with Deloitte. During his career, Malcolm has worked with clients across all points of the business life cycle in Australia, Canada, Malaysia, China, New Zealand, Singapore and the UK as an adviser and investor. He has been a Board member of an ASX-listed media company and was listed on The Australian IT’s, ‘Top 50 Most Influential People in Technology’. 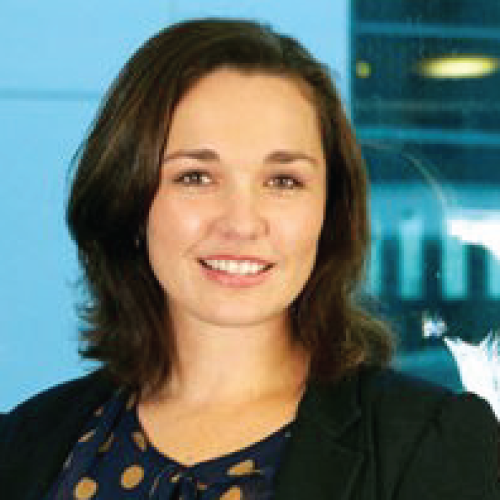 Renee Bowker co-founded Telco Together Foundation in 2012. Renee leads the organisation to work across the industry to collectively tackle social challenges in an increasingly connected world, with specific programs around youth mental health and education, modern slavery and domestic and family violence.

An experienced senior manager & strategic marketer with more than 20 years of experience in the telecommunications industry in Australia, Ireland and the USA, Renee transitioned to the Foundation Board as Executive Director in 2018.

She has a degree in marketing and psychology from the University of Tasmania. 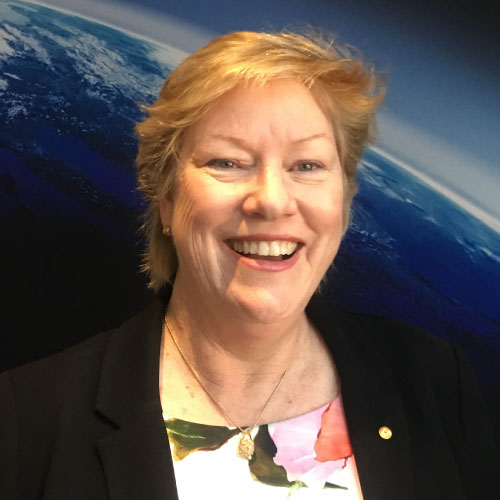 Dr Megan Clark is currently Head of the Australian Space Agency and a director of Rio Tinto, CSL Limited and CARE Australia. She is a member of the Australian advisory board of the Bank of America Merrill Lynch. She was Chief Executive of the Commonwealth Scientific and Industrial Research Organisation (CSIRO) from 2009 to 2014. Prior to CSIRO, she was a Director at NM Rothschild and Sons (Australia) and was Vice President Technology and subsequently Vice President Health, Safety and Environment at BHP Billiton from 2003 to 2008. 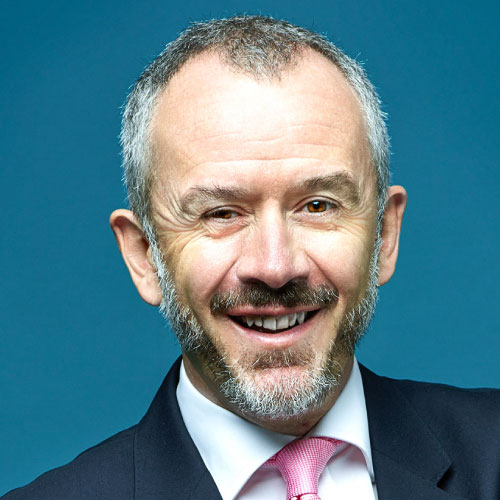 David Epstein is a non-executive director and consultant, specialising in political risk management, public affairs, and regulatory strategy. He chairs Communications Compliance, the TCP code compliance body for the telecommunications industry, and is an Adjunct Professor at the Deakin Business School of Deakin University.

David’s career spans consultancy, working as a senior executive at Qantas, BHP and Singtel-Optus, and as a senior adviser to three Australian Prime Ministers, culminating as Chief of Staff to the Prime Minister.

Educated at The ANU and Wharton, he is a non-executive director of Opera Australia, The Asia Society-Australia, the Can-Too Foundation and the European Australian Business Council. He sits on advisory boards for IoTStream Limited, the Advisory Board Centre and the Head On Photo Festival Foundation. 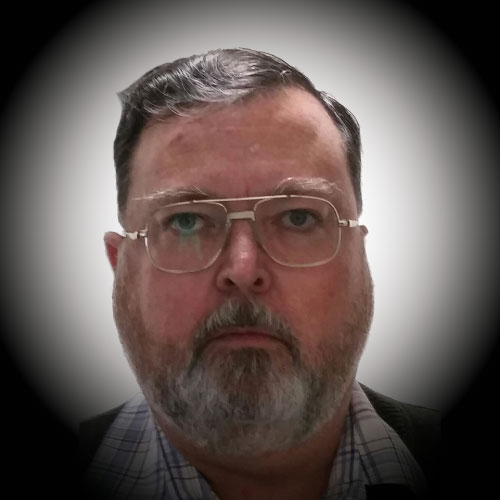 Garry Hausfeld is an independent consulting engineer in satellite communications, and principle of Hausfeld Consulting since 2002.

With over 30 years of experience in the international telecommunications industry, Garry has been providing independent technical advice and engineering consultancy services to Telcos in the Asia Pacific region for the last 16 years. 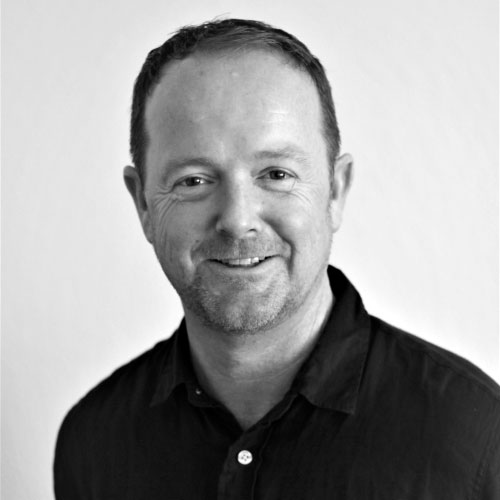 Matt Healy has over 25 years’ experience in technology, communications, regulation and law. He is currently a Non-Executive Director of au Domain Administration Ltd, Director and Trustee of the McClelland Gallery + Sculpture Park and Board Member of The Macfarlane Fund and leads projects as principal of Healy Advisory. Matt has held executive positions at Macquarie Telecom Group and leadership roles at the Australian Competition & Consumer Commission, United Energy and the airline sector. His previous board positions include CommsAlliance Ltd, Competitive Carriers Coalition Ltd and OzHub Ltd. 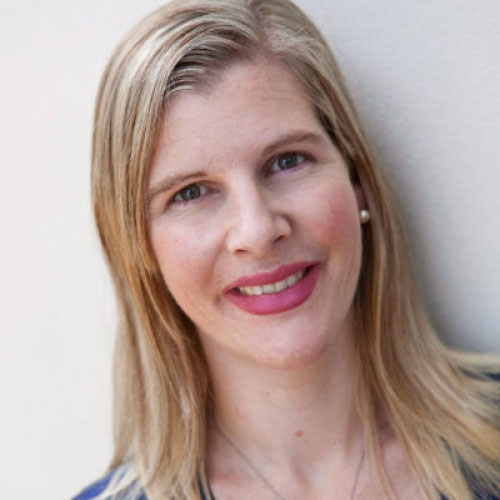 Sabiene Heindl is an experienced executive, director and lawyer in the telecommunications, energy and technology sectors. Returning to Australia with an Executive MBA from Brown University in the U.S. and IE Business School in Spain, she formerly managed Stakeholder Relations for NBN Co and a high profile industry body in the music industry. Sabiene is currently the Director of The Energy Charter, a CEO led initiative from the gas and electricity supply chains to deliver energy in line with community expectations. 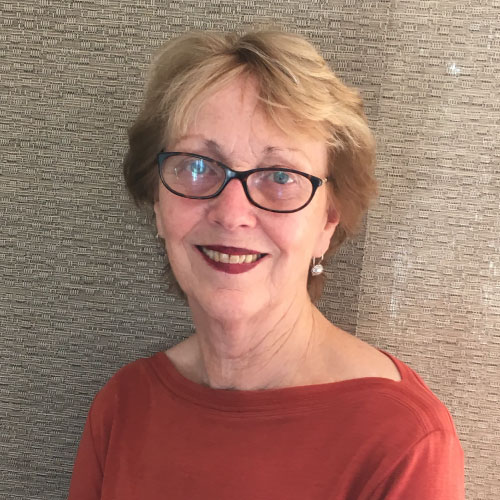 Fay was independent chair of the working committee, comprising industry, consumer, government and regulator representatives, reviewing the industry’s Telecommunications Consumer Protection Code from 2010 to 2012 and again from 2017 to 2019. 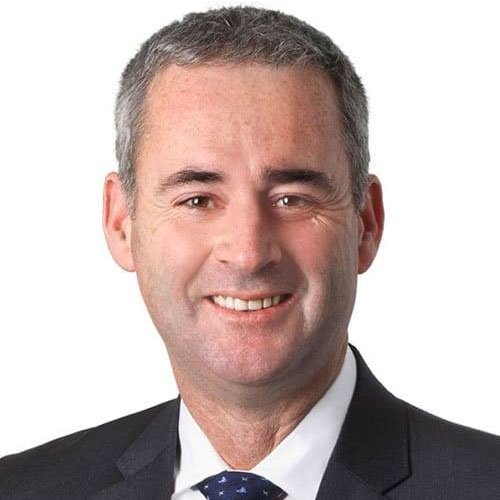 Michael Malone founded iiNet Limited, an ASX listed telecommunications company in 1993 and continued as CEO until his retirement in 2014. Michael’s former directorships include Autism West (as founder and Vice Chairman) and .au Domain Administration (as a founder and Chairman). Michael has received a number of prestigious industry recognitions including 2012 Australian Entrepreneur of the Year, Communications Alliance Ambassador and is a holder of the Telecommunications Society Charles Todd Medal. He is also a past Advisory Council Member of the Australian Institute of Management (WA) and a past member of the Commonwealth Consumer Affairs Advisory Council and the WA State Training Board. He is a Fellow of the Australian Institute of Company Directors, the Australian Institute of Management and the Australian Computer Society. Michael has a Bachelor of Science (Mathematics) and a post graduate Diploma in Education both from the University of Western Australia. 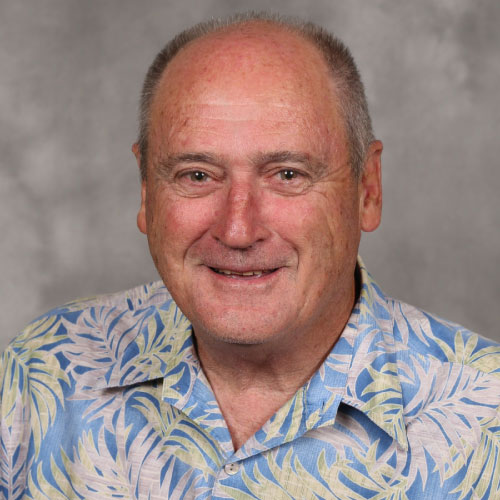 Paul McCann is Managing Director of McCann Consulting International Pty Ltd. He has over 40 years network planning & development experience in telecommunications both in international and domestic arenas. Prior to returning to consulting in 2012, Paul spent over 8 years with Verizon in Asia Pacific, driving growth of Verizon’s network across Asia by developing & implementing plans delivering major operational cost reductions and improved service performance. Paul is now managing his own consulting business, specialising in development in the Pacific Region, where the core business focus is on “connectivity” with expertise spanning all aspects of planning and development for Satellite, Submarine cable and Domestic access technologies and business. Paul is well known for his personable nature, his rapport with customers and his ability to deliver on time. 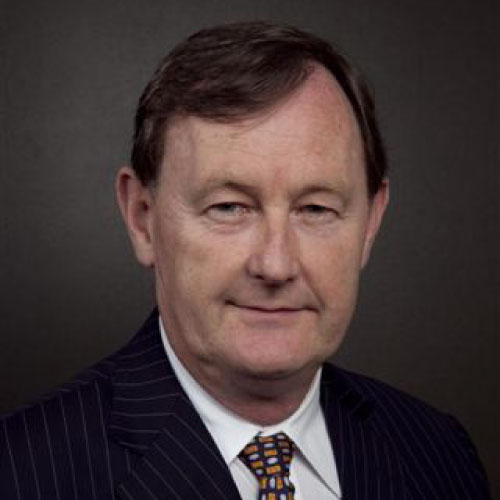 Mark McDonnell has an extensive background in the telecommunications, IT and media industries with a career encompassing government policy advice, business analysis, management consultancy, investment banking and stockbroking. For the past 40 years he has been actively involved in assessing trends and developments in the communications industry, and valuing listed companies in this sector.

Between 2000 and 2014, Mark was Senior Analyst in Telecommunications, Media and Technology at BBY Limited and also worked in the investment banking operations of the firm on various M&A and equity market listings for companies in the TMT sector.

In the 1990s Mark was an industry consultant. His clients included Telstra, Optus, Telecom New Zealand, IBM, Ericsson, GE Information Services and many others. Mark was also the founding CEO of ASTRA, the pay television industry association.

In the 1980s Mark was employed in the policy division of the then Department of Posts and Telecommunications, and later gained regulatory and public inquiry experience in the then Australian Broadcasting Tribunal. He saw out that decade as a business analyst and manager of policy development for Aussat, the national satellite carrier.

Mark has a Master’s degree in Applied Finance and Investment and is a Fellow of the Australian Institute of Company Directors. 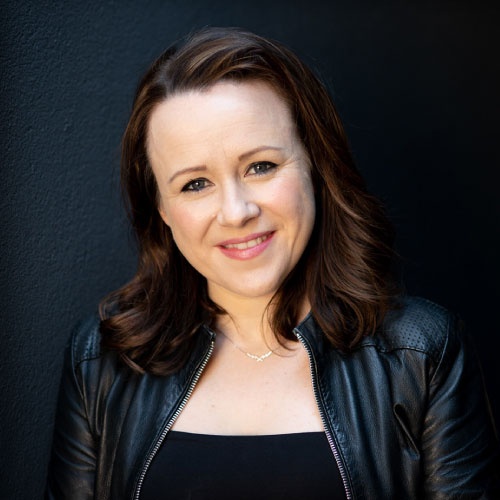 Lizzie O’Shea is a lawyer, writer, and broadcaster. Her commentary is featured regularly on national television programs and radio, usually talking about law, digital technology, corporate responsibility, or human rights. In print, Lizzie’s writing has appeared in the New York Times, Guardian, and Sydney Morning Herald, among others.

Lizzie is a founder and board member of Digital Rights Watch, which advocates for human rights online. She also sits on the board of the National Justice Project, Blueprint for Free Speech and the Alliance for Gambling Reform. At the National Justice Project, Lizzie worked with lawyers, journalists and activists to establish a Copwatch program, for which she was a recipient of the Davis Projects for Peace Prize. In June 2019, she was named a Human Rights Hero by Access Now.

As a lawyer, Lizzie has spent many years working in public interest litigation, on cases brought on behalf of refugees and activists, among others. She was proud to represent the Fertility Control Clinic in their battle to stop harassment of their staff and patients, as well as the Traditional Owners of Muckaty Station, in their successful attempt to stop a nuclear waste dump being built on their land.

Her book, Future Histories (Verso, 2019), looks at radical social movements and theories from history and applies them to debates we have about digital technology today. It has been shortlisted for the Premier’s Literary Award. 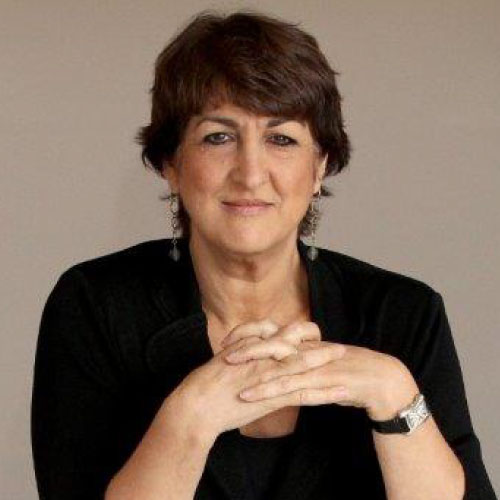 Prior to that, Deena had a legal career including as in-house counsel at Telstra and as a partner at law firm Mallesons, Stephen Jacques.

Deena is the Chair of the Supervisory Board of Marley Spoon AG, the Chair of a CRC, and on the boards of Appen (asx:apx), Infrastructure Australia and Opera Australia. 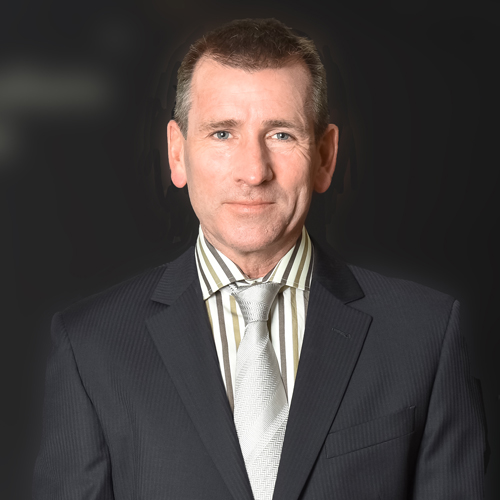 John Stanton is a seasoned communications industry executive with over 20 years of experience.

John is also Chairman of the Executive Council of the IoT Alliance Australia (IoTAA) – a collaboration of more than 150 companies and stakeholders from academia, Government and the consumer sector, dedicated to harnessing the opportunities of the Internet of Things for the Australian economy.

Prior to that John was an executive with Intelsat, the largest provider of fixed satellite services worldwide. Based in the UK from 2001-2005, he was President and Director of Intelsat Global Sales & Marketing and of the Data, Carrier and Internet Business Unit. John also spent two years in the US with Intelsat as Vice President of Sales and Marketing from 1999-2001.

John joined Telstra in 1992 as a result of the merger with OTC where he was Manager of Public Affairs. From 1992-1999 John held a number of roles with Telstra including Managing Director of Payphones and Card Services. From 1996-1997 he was also Chairman of the Intelsat Board.

In his early career, John worked as a journalist and as a press secretary with the Australian Government. 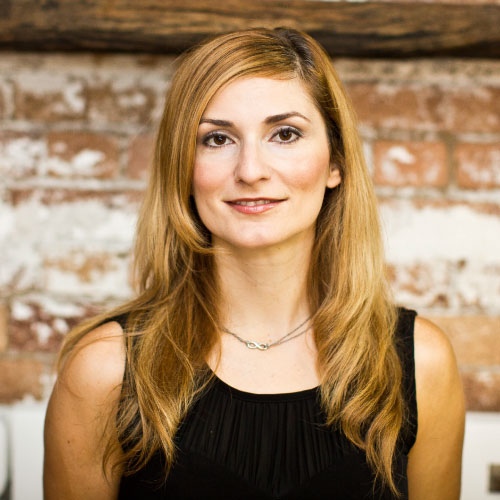 Jo Ucukalo is on a mission to perfect the consumer experience.

The lifeblood of business is a fantastic consumer experience. For the last 10 years, Jo Ucukalo has been helping companies and consumers alike improve their bottom lines. Jo works with consumers and companies themselves, to champion customer service done the right way, whether online, brick and mortar or in-service businesses. Through her businesses, Handle My Complaint and Two Hoots, Jo has helped resolve over 12,000 complaints and counting.

Jo advocates on behalf of consumers and brings thought-leadership to a variety of industry panels where she provides unique insights into the shifting relationships between consumers and organisations enabled by technology.

With more than 600 Media stories, Jo is called upon to critique B2C offerings and provide advice for consumers. An accomplished presenter and panelist, she has built a reputation as an industry expert & social commentator.

Her background with excellent service providers such as Virgin Airlines, along with being a qualified Civil Engineer allow her to analyse the consumer experience from design through to delivery. 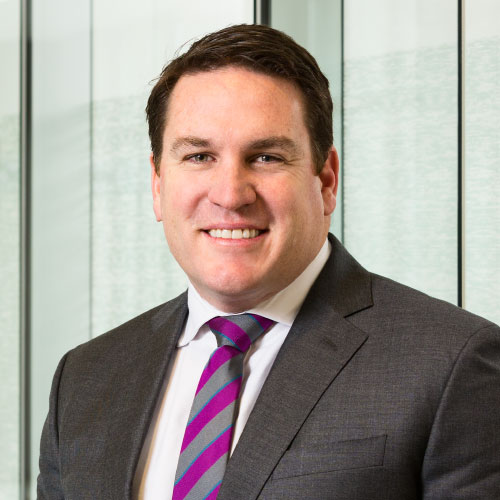 Levi Watters, is a Partner with KPMG based in Melbourne. Levi has been with KPMG for 10 years specialising in Technology delivery in the Telecommunications sector. Levi leads KPMG’s Data Insights product team and is KPMG’s national Telco sector lead. Prior to working in telecommunications, Levi was a Submariner in the Royal Australian Navy.

Congratulations to all of the finalists for the 2020 ACOMM Awards!
View finalists
Press release

Slatterys is proud to be managing the 2020 ACOMMS on behalf of Communications Alliance.

ABOUT THE AWARDS
ABOUT COMMUNICATIONS ALLIANCE
SLATTERYS
COMMUNITY CHARTER