Celebrity MC
We are excited to announce the delightfully hilarious Claire Hooper at the helm for the evening as MC at the glamourous ACOMM Awards Dinner, being held on Thursday 15 August 2019 at the Hyatt Regency Sydney. 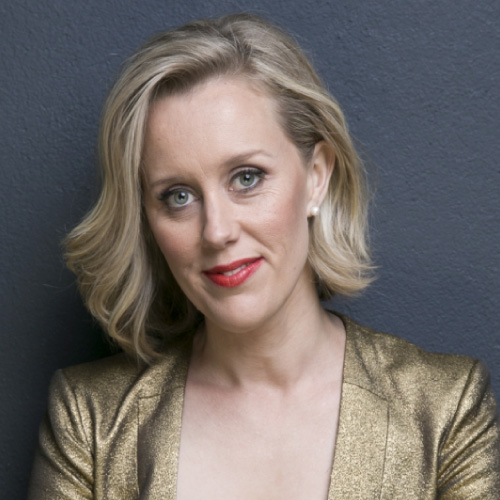 Her 2006 show, 'Oh', earned her both critical acclaim and a nomination for the Melbourne Comedy Festival's Best Newcomer award. A born storyteller with a sharp wit, Claire has gone on to regularly perform at festivals and comedy rooms all over the country.

For four years Claire shared a set with Paul McDermott and Mikey Robbins on the iconic comedy show Good News Week as a team captain. She has also appeared on Rove and The Melbourne Comedy Festival's Great Debate and Opening Night Gala.

Over the last decade, Claire has been captivating audiences and touring brilliant solo shows across the country to critical acclaim.

In 2015 Claire scored her dream job, as co-host of The Great Australian Bake Off for Foxtel's LifeStyle Channel alongside the seriously funny Mel Buttle, as well as judges Maggie Beer and Matt Moran and they have just shot their fourth season which will air in 2019.

Award Categories
Nomination Process
Judging Process
Have you reserved your table?
Seating is arranged on a first-come, first-served basis, so to secure your seating, we recommend that you book your table early.
Key Dates & Details Register Now
Slatterys is proud to be managing the 2019 ACOMMS on behalf of Communications Alliance.
Contact us on
03 9663 3093 info@acomms.com.au Contact Us
Quick links
Follow us
Powered by Joviam